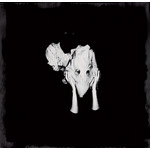 Kveikur, the band's seventh studio album, is throughout, defined by a darker, more dystopian mood than the band's previous ventures, The album was written, recorded and released a mere year after its beautifully somnambulant predecessor, Valtari. Of course, on many levels it remains definitively Sigur Rós, because that's what it is.

Alongside the more abyssal elements of the album are songs that stand shoulder-to-shoulder with the most exquisitely melodic music the band have ever made. For a band with so many would-be emulators, it is remarkable how inimitable they remain.

Kveikur is the sound of a band bonding in the strongest possible way and, in doing so, finding them selves still further out on their own.