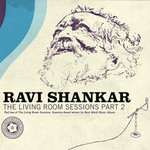 In October 2011, at the age of 91, Ravi Shankar invited his long-time tabla accompanist, Tanmoy Bose, to his home in,California for an informal recording session. Over four days, they worked in Shankar's living room, recording seven different ragas. The resulting music is pure Shankar - a pairing of deep musical experience and brilliant technique performed with the energy and passion he brought to his live concerts. The first four of these sessions, released in 2011, won the Grammy award for Best World Music Album. The Living Room Sessions Part 2 is no less noteworthy and masterly, with three of the last session recordings made by Maestro Ravi Shankar before his death in December 2012.