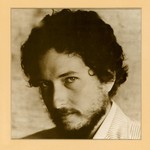 Dylan rushed out New Morning in the wake of the commercial and critical disaster Self Portrait, and the difference between the two albums suggests that its legendary failed predecessor was intentionally flawed. New Morning expands on the laid-back country-rock of John Wesley Harding and Nashville Skyline by adding a more pronounced rock & roll edge.

While there are only a couple of genuine classics on the record ("If Not for You," "One More Weekend"), the overall quality is quite high, and many of the songs explore idiosyncratic routes Dylan had previously left untouched, whether it's the jazzy experiments of "Sign on the Window" and "Winterlude," the rambling spoken word piece "If Dogs Run Free" or the Elvis parable "Went to See the Gypsy." Such offbeat songs make New Morning a charming, endearing record.
4.5 / 5 All Music Guide.