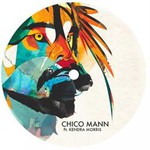 Guitarist with the band Antibalas, multi instrumentalist and guitarist, Chico Mann (AKA Marcos Garcia) has in the past worked with the likes of TV On The Radio, The Roots and Dam Funk as well as remixing Little Dragon and Alice Russell amongst others. His most recent LP 'Analog Drift' (2010) was released through Wax Poetics Records, an album that he toured throughout the US. Jon Pareles (NY Times) praised his live show's "far-reaching electronica" that had the ability "to dissolve decades, along with borders".