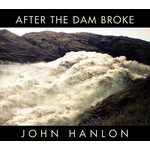 John Hanlon
After the Dam Broke- The Best of 2 cd

For those who remember him, John Hanlon's star rose rapidly for a few short years in the 70s, burned brightly and then faded quickly. So much so that he is rarely mentioned when New Zealand's musical heroes are discussed today, which is incredible when you look at what he achieved. Fans will know that John essentially dominated the music scene in the 70s: three Composer of the Year awards in succession, two Album of the Year Awards in succession, and two APRA Silver Scrolls.

His records sold in numbers that seem unimaginable today, often remaining in the charts for months on end. He was by any measure a hugely successful recording artist, and arguably the first major singer-songwriter in New Zealand's history. Some of his better-known hits such as Lovely Lady, Damn the Dam and Higher Trails are still heard on radio today.

In recent years John has started recording again, which means he now has a body of work that spans four decades, with many more in the pipeline.

This double-disc compilation is made up of songs chosen by John himself, selected from work recorded up to 2010, from the albums 'Garden Fresh', 'Higher Trails', 'Use Your Eyes', 'Short Stories', 'Just Quietly' and '12 Shades of Blue'. As a bonus, there is also a trio of unreleased tracks.

This handsome CD is packaged with a 28 page booklet which includes lyrics, notes by John on the music, and photographs.