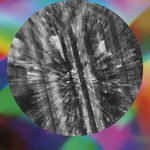 Kieran Hebden, the quiet force behind the synthesizers of Four Tet, rejects any notion of a singular path to releasing music in 2013. He doesn't press release sneak peeks at singles or drop teasers for videos. Four Tet pares it down to the basics: Here's an album I've made. It will be released soon. That's all you need to know. No hype, no tricks.

For his latest, Beautiful Rewind, Hebden posted that the record would have "no pre‐order, no Youtube trailers, no iTunes stream, no Spotify, no Amazon deal, no charts, no Bitcoin deal, and no last minute Rick Rubin."

Hebden's music is entirely his own, reflective of both his refusal to adhere to any linear narrative of what it means to be an artist in the digital age and an immense talent for pairing disparate elements in a cohesive manner.

Beautiful Rewind echoes the ephemeral aspects of jungle, the infectious rush of the new, the patter of voices through radio static, rather than the functional signifiers-quickening tempos, mangled break beats-that defined it.

The album serves as a compact, romantic remembrance: prettier, milder, and less funky than its inspiration. It also feels very personal, like these moments are Hebden's own recollections, his own tangential relationship with a subculture.

Beautiful Rewind borrows without apology from a trend but sounds undeniably like a Four Tet record. Jungle, with its mighty musical appetite and don't‐give‐a‐fuck sampling culture, might be a nice fit for Four Tet, whose music has always relied heavily on samples.