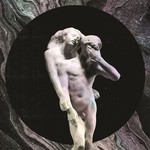 Hailing from Montreal, Canada, Arcade Fire are a six piece band that have won two BRITs, two Grammys, and have released three records over the last ten years.

Their highly anticipated fourth album 'Reflektor' is produced by Arcade Fire, James Murphy and Markus Dravs. The album was recorded in Jamaica, Montreal and New York.

The title track, 'Reflektor' was released on the 9/9 at 9:00pm, featuring guest vocals from David Bowie and an accompanying video by longtime collaborator Anton Corbijn.