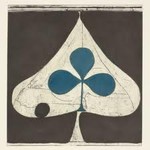 'Shields: Expanded,' is a two-disc CD-set featuring the original 'Shields' record along with eight additional b-sides, remixes (including the Nicolas Jaar remix of "Sleeping Ute" released as a limited edition 12" for Record Store Day earlier this year), and demos (including early recordings from Marfa, TX, before official tracking for the album commenced in Cape Cod and New York).

'Shields' was released to some of 2012's best reviews, with Pitchfork calling it "magnificently epic" and the NY Times hailing it as "enthralling." The band performed tracks from the album on Colbert, Fallon, Letterman, Leno, Austin City Limits, and Ellen, and played their biggest headlining and international festival shows to date.