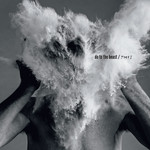 Afghan Whigs
Do To The Beast

The Afghan Whigs have reformed and returned to their spiritual home, Sub Pop Records, and released their first album of new material since 1998's brilliant '1965'. Fans of their cathartic Motown-influenced sound won't be disappointed. Featuring guest appearances by the likes of Mark McGuire, Joseph Arthur and regular QOTSA members Alain Johannes and Dave Catching, The Afghan Whigs display the kind of street-informed rock n soul that we've come to know and love.