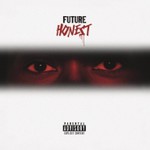 In 2010, the rapper/singer released his debut mixtape "1000", beginning an unrivalled period of prolificacy that included the critically acclaimed 2011 mixtapes "Dirty Sprite" and "Streetz Calling". Debut album "Pluto" was released in 2012 to positive reviews and entered the Billboard 200 Album Charts at #8.