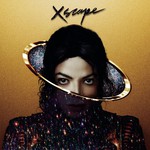 XSCAPE is a long awaited collection of exciting new music that will thrill the legions of fans of one of the world's most revered and best-selling artists.

The project features eight new tracks, which the world will be hearing for the very first time on the new album. XSCAPE is executive produced by Epic Records Chairman and CEO L.A. Reid, who, after an initial mining of Jackson's archives by the Estate, was granted unlimited access to the treasures representing four decades of material on which Jackson had completed his vocals.

The album's lead producer, Timbaland was one of a handful of producers Reid believed had the gravitas, depth and range to creatively engage with Jackson's work. Written by Michael Jackson and Jerkins, and produced by Jackson and Jerkins, 'Xscape' has further significance in that it is the one track on the album that was 'contemporised' by the producer who recorded it originally in the studio with Michael.

The deluxe edition includes 17 track CD and a 2 track video.