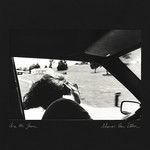 Sharon Van Etten
Are We There (LP)

Stunning Brooklyn-based songstress Sharon Van Etten follows up her third and breakthrough album - 2012's Tramp with an equally heartbreakingly beautiful release Are We There.

Sharon sings heartbreaking and heartfelt songs that are intensely gripping and beautiful. Her penchant for melody is striking not to mention the potency of her lyrics. This recording is also more of a full-band effort, drawing upon her live ensemble's considerable talents consisting of Heather Woods Broderick, Doug Keith and Zeke Hutchins, she also brought in friends Dave Hartley and Adam Granduciel from The War on Drugs, Jonathan Meiberg (Shearwater), Jana Hunter (Lower Dens), Peter Broderick, Mackenzie Scott (Torres), Stuart Bogie, Jacob C. Morris and Mickey Freeze.

While Tramp was famously produced by The National's Aaron Dessner, the new 11-track album was produced by Van Etten with help from the kindred spirit veteran music producer Stewart Lerman (David Byrne and Antony and the Johnsons and scores for The Aviator and The Life Aquatic with Steve Zissou,) After learning a lot from Dessner this time she wanted to be in charge and prove to herself that she could make a record all on her own terms… and make a record she did!

For fans of: PJ Harvey, Cat Power and The National.