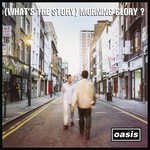 (WHAT'S THE STORY) MORNING GLORY? features many of Oasis's biggest hit singles, including 'Don't Look Back In Anger', 'Wonderwall', 'Some Might Say', and 'Roll With It', and won the Best Album at the 1996 Brit Awards, with Oasis also taking Best British Group and Best Video awards. It was during the MORNING GLORY? era when Oasis played their some of their most iconic gigs, including two nights at Maine Road Stadium, the then home of Manchester City Football Club, in April 1996, and Knebworth House, where the band played to 250,000 fans over two nights in August 1996.