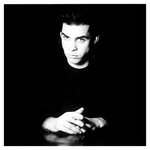 Nick Cave & The Bad Seeds
The Firstborn Is Dead (LP)

First released on 3rd June 1985, The Firstborn Is Dead was recorded in Berlin. Co-produced by Flood and the band, it was rich with references to the blues and bluesmen, the American South, and especially to Elvis Presley. Sounds described the album as "the most evocative blues record for years.