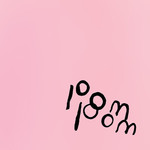 Across its 17 tracks and 69 minutes, pom pom is unfiltered Ariel, a pied piper of the absurd, with infectious tales of romance, murder, frog princes and Jell-O. The record sees the Los Angeles native strike it out alone, returning to the solo moniker he has adopted well over a decade ago when cementing his name as a king of pop perversion.