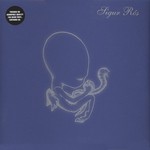 International acclaim came for Sigur Ros with 1999's Ágætis byrjun "A Good Beginning". The album's reputation spread by word of mouth over the following two years. Soon critics worldwide hailed it as one of the great albums of all time, and the band was playing support to established acts such as Radiohead. Three songs, "Ágætis byrjun", "Svefn-g-englar", and a live take of the then-unreleased "Njósnavélin" (later 'unnamed' "Untitled #4") appeared in the Cameron Crowe film Vanilla Sky.