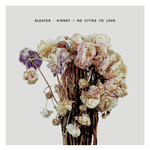 "We sound possessed on these songs," says guitarist/vocalist Carrie Brownstein about Sleater-Kinney's eighth studio album, No Cities to Love. "Willing it all-the entire weight of the band and what it means to us-back into existence."

The new record is the first in 10 years from the acclaimed trio-Brownstein, vocalist/guitarist Corin Tucker, and drummer Janet Weiss-who came crashing out of the '90s Pacific Northwest riot grrrl scene, setting a new bar for punk's political insight and emotional impact. Formed in Olympia, WA in 1994, Sleater-Kinney were hailed as "America's best rock band" by Greil Marcus in Time Magazine, and put out seven searing albums in 10 years before going on indefinite hiatus in 2006.

But the new album isn't about reminiscing, it's about reinvention-the ignition of an unparalleled chemistry to create new sounds and tell new stories. "I always considered Corin and Carrie to be musical soulmates in the tradition of the greats," says Weiss, whose drums fuel the fire of Tucker and Brownstein's vocal and guitar interplay. "Something about taking a break brought them closer, desperate to reach together again for their true expression." The result is a record that grapples with love, power and redemption without restraint. "The three of us want the same thing," says Weiss. "We want the songs to be daunting."