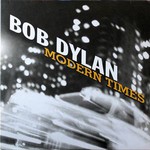 Side 1:
Thunder On The Mountain
Spirit On The Water

Side 2:
Rollin' And Tumblin'
When The Deal Goes Down
Someday Baby

Side 3:
Workingman's Blues #2
Beyond The Horizon
Nettie Moore