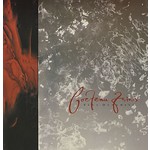 Originally, Tiny Dynamine and Echoes in a Shallow Bay were released as a pair of EPs in similar covers within a few months of each other in 1985; the songs were actually recorded during the same sessions, but the band wished to release them without the hoopla of a full album. - AllMusic