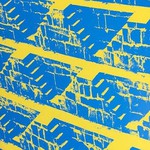 DJ Kieran Hebden has been known for his almost limitless array of varying musical projects over the last few years. Now, after a nearly two year hiatus, Hebden has re-activated his Four Tet project to unleash an interesting new record. The record, entitled "Morning / Evening", has an approximate run time of about forty minutes, however the record only consists of two tracks. The first track, called "Morning Side" runs at a little over twenty minutes, while the second track, "Evening Side," runs at a little under twenty minutes.

1. Morning Side
2. Evening Side