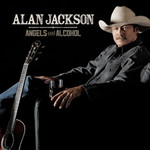 This is Country Superstar Alan Jackson's first studio album in three years of all new music. He wrote seven of the ten tracks on the album, and it was produced by long time collaborator and friend Keith Segall, who has produced all but one of Jackson's albums over the past 25 years.