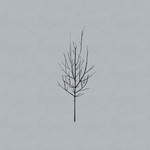 Low
Ones and Sixes (Double LP)

'Ones And Sixes' follows Low's 2013 album 'The Invisible Way', produced by Jeff Tweedy of Wilco. This time around, the new record was produced by the band with the help of non-other than B.J. Burton, known for his previous work with Sylvan Esso and The Tallest Man On Earth, to name just a few. Recorded in Justin Vernon's April Base Studios, "No Comprende" is testament to Low's ability to create melancholic and aesthetic sounds married with perfectly synchronised vocals from Alan Sparhawk and Mimi Parker.

Side A:
Gentle
No Comprende
Spanish Translation

Side B:
Congregation
No End
Into You

Side C:
What Part of Me
The Innocents
Kid in the Corner