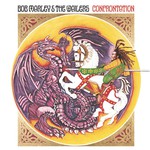 A posthumous collection produced by Rita Marley, based on work left behind by Bob upon his death. Some of his best post-Wailers work is here, with songs like "Buffalo Soldier," "Chant Down Babylon," and "Blackman Redemption." Given that he wasn't alive to do the production that he usually helped in, this album seems remarkably true to the general vision of Bob Marley's albums. Other somewhat lesser-known tracks also help to fill in all of the cracks with some remarkable material. Case in point: "Jump Nyabinghi," a nice danceable groove with perhaps less of the usual politics mixed in, but with just as much musicality. Overall, any Bob Marley fan ought to own this album. For the uninitiated, Legend is always the starting point, but, after that, this may not be such a bad choice for additions to the collection. - AllMusic