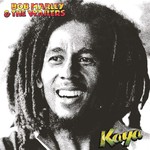 Kaya continues what has become an unspoken tradition in the evolution of Bob Marley & the Wailers discography -- blending western sounds and motifs with the icons and traditions from the very core of Jamaican society.

In fact, the very word "kaya" is synonymous with marijuana in Rastafarian culture. Likewise, the album Kaya could be easily construed as an open love letter or musical paean to the lifestyle that Marley so eagerly embraced and promoted. Themes of commonality and unity pervade this release more so than previous albums. Likewise, the overt political stances that had become somewhat of a moniker for Marley and the Wailers are temporarily replaced by timeless compositions, such as the eternally optimistic "Easy Skanking" and "Is This Love."

Marley had not -- as some proclaimed -- gone soft, however. The light, at times practically giddy, rhythms on "Satisfy My Soul" contrast the darker brooding sonic and lyrical images on "Running Away." The most pressing issues Marley deals with concern ever-increasing spiritual consciousness. Throughout Kaya, humble thanks is offered to, as well as guidance sought from, Jah -- evidence that the spirituality that permeates the Wailers music is real and not lip service.

Kaya could be considered the oasis before the political and personal eruptions that would inform and influence Marley and the Wailers next studio releases Survival and Uprising. The 2001 "Definitive Remasters" edition of Kaya also includes the non-LP "Smile Jamaica." Although initially issued as the flip side of "Satisfy My Soul," the song was recorded more than a year prior to this album, resulting in a somewhat odd juxtaposition. - AllMusic