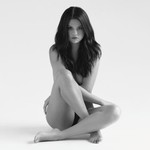 On her Interscope Records debut, multi-platinum singer Selena Gomez redefines her role as a pop artist and offers her most complex and compelling album so far. Powerful and passionately charged, thrilling and sophisticated, Revival finds the 23-year-old co-writing with the likes of A$AP Rocky to channel raw emotion into her lushly arranged brand of pop music. Gomez's newfound creative control and strengthened command of her soulful vocals are more than evident in lead single "Good for You," a snap-beat-driven slow-burner that debuted at No. 1 on Billboard's digital songs chart and landed on Rolling Stone's list of the 25 Best Songs of 2015 So Far.

Throughout Revival, Gomez explores the excitement and struggle of coming into your own, a tension that's embodied in the first lines of her album-opening title track ("I dive into the future/But I'm blinded by the sun/I'm reborn in every moment/So who knows what I'll become"). "Making this album was the first time in my life that everyone looked at me and asked, 'What do you want to do?'" recalls the Grand Prairie, Texas-raised Gomez, who began acting at age 10 and released her first album at 17. "It was a whole different kind of challenge for me," she adds. And though Gomez admits that challenge was daunting at first, she soon embraced her creative freedom. "So much of my life has been public, and I'm at the point where I want to be able to talk about things that matter to me without being afraid of how people are going to perceive it," she says. "Because one thing I can't do is fake it-everything I'm singing has to be completely me."