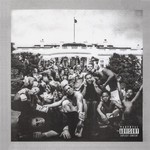 Following the success of his major label debut, "good kid, m.A.A.d. city" in 2012, Kendrick Lamar releases his new album, "To Pimp a Butterfly".

The new album brings listeners up to his present day, from world tours to the B.E.T. Awards, and the separation he feels from his past. Rather than relief, his escape from Compton Calif. has brought only more opportunities for sin and self-doubt, an internal chaos reflected not only in his intricate stories but also in vigorous jazz- and funk-inflected production that builds on the smoother West Coast sounds of his debut.

On the album, after some "soul-searching," including visits not only back to Compton but also to Nelson Mandela's cell on Robben Island, Mr. Lamar preaches black unity in the face of oppression. Self-pity turns to on-the-ground action and consciousness-raising.

But to call "To Pimp a Butterfly" a political record "would be shortchanging it", Kendrick Lamar said. "It's a record full of strength and courage and honesty" but also "growth and acknowledgment and denial".

Side B:
u
Alright
For Sale? - Interlude
Momma