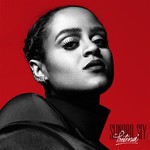 With her immaculate album Pretend, Swedish soul singer Seinabo Sey has made a late dash for 2015's best album crown.

Since she burst onto the blogs with the immaculate track Younger, Sweden's unconventional, noir pop practitioner Sey has been constantly refining her sound, picking up breathless accolades along the way. Having scored an incredible five Hype Machine number ones with the likes of the aforementioned Younger, the heavy-hitting Hard Time and Pistols at Dawn, she's about to release her genre-defying, emotionally honest debut, Pretend.

It's a pop album saturated in soul and full of big melodic songs and forward thinking production (courtesy of Madonna collaborator Magnus Lidehäll) that draws on real, sometimes painfully relatable moments, "This album is really all about my life," she explains. "It's about everything that's happened to me".

Sey - who was born in Stockholm but moved between Sweden and her musician father's homeland of Gambia her whole life - is a breath of fresh air in a music world scared to bare its soul. Honest, direct and open, Sey's songs are a document of her life so far. "Listening to it, I've realised that the way I write, I just try and give advice," she explains. "There's always some kind of moral story at the end of every song, so it's like advice to myself in a way."

On the feather light symphony of Words, Sey tackles loneliness and finding your place in the world, while the more aggressive Hard Times deals with a good person pushed to their limits. The chant-heavy, electro-throb of Who, deals with people's inability to believe they can change their own situation.

It's this strong-mindedness that flows through Pretend, punctuating each song with an inner strength that's undeniable.

Pop music is at its best when it connects, communicating universal emotions in a way that makes the listener stop in their tracks. Pretend's real gift is its directness and accessibility; its twelve songs may document one person's life so far, but these are universal truths.