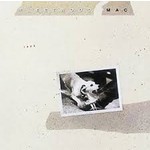 Fleetwood Mac builds on its formidable legacy as one of rock's most legendary acts as they revisit their most ambitious album with deluxe and expanded editions of TUSK. Originally released in 1979, the Grammy® Award-nominated, double-album sold more than four million copies worldwide, climbed to #4 on the US album charts, and introduced fans to hits like Sara, Think About Me, and the title track.