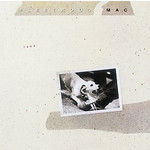 Fleetwood Mac builds on its formidable legacy as one of rock's most legendary acts as they revisit their most ambitious album with this deluxe and expanded edition of TUSK. Originally released in 1979, the Grammy® Award-nominated, double-album sold more than four million copies worldwide, climbed to #4 on the US album charts, and introduced fans to hits like Sara, Think About Me, and the title track.

Tusk the Deluxe Edition delves deep into the vaults with five CDs including the remastered original album, an alternate version of the complete album made up of session outtakes, most of which have never been released, as well as an additional selection of singles, demos and remixes.

Also included are two discs loaded with 22 unreleased performances from the band's 1979 Tusk tour with selections from concerts in London, Tucson, and St. Louis. Rounding out the Deluxe Edition is a 5.1 surround mix of TUSK on DVD-Audio and vinyl of the original album on 2-LPs.