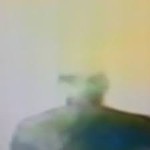 There's almost no information about the person behind Prequel Tapes, but the little details tell you a lot.

The artist grew up by a forest, a frequent escape during a time soundtracked by the neon melodies of The Cure. Eventually that led to an interest in music production, an early passion for techno and a move to Berlin, later supplemented by an obsession with DAT and VHS tapes. Now we have Inner Systems, a debut album that channels many of those memories into something immersive and
beautiful.

Inner Systems is an unpredictable listen, but one that always earns its unexpected turns. For such a pretty album, it starts on the grimmest note possible with 'Under Your Skin', a spiky, atmospheric track that borders on the blackened techno of Demdike Stare. But the following 'When We Fall Into Light' is where the album begins to open wide and let the light in, steadily bridging the icy tone with
warm, glowing melodies leading to a bright, pointillistic climax. The album carries on like that, ebbing between those two poles with a steady, assured focus in each dynamic swing.