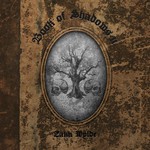 Don't ask what Zakk Wylde has been up to in the two decades that passed between the release of the singer and guitar legend's debut solo album, Book of Shadows, and its newly-minted, equally moving and introspective sequel, Book of Shadows II. In all truthfulness, a better question would be, "What hasn't Zakk Wylde gotten into?"

He kicked booze before it killed him and now squeezes endless joy from life with both fists. He's possessed of boundless energy, relentless enthusiasm, and insurmountable charm. His limitless strength of will allows him to lord over a mini-empire that includes Wylde Audio, The Black Vatican recording studio, hot sauces, and Wylde's very appropriately named Valhalla Java Odinforce Blend coffee. Sure, artists like St. Vincent and Arcade Fire have gotten into the caffeinated beverage game, but none draw the same inhuman power from the magic beans as Wylde.

The fearlessly introspective melancholy and melody of Book of Shadows helped to make its follow-up one of Rolling Stone's Most Anticipated Albums of 2016. As fierce and diverse as his work in BLS and as large as his accomplishments as lead guitarist for Ozzy Osbourne have been, Book of Shadows II offers an even richer look into the spirit and psyche of one of the most beloved pillars of the hard rock community. Brand new tracks like "Sleeping Dogs," "Tears of December," "Darkest Hour," "Harbors of Pity," and "The King" are bold proclamations of intense feeling and powerful catharsis.

As frontman for Black Label Society, the New Jersey born West Coast transplant has led the band across nine studio albums, two live records, an EP, and countless international tours. Black Label Society songs like "Stillborn," "My Dying Time," "Bleed for Me," and "In This River" (his tribute to his fallen friend, the late Dimebag Darrell of Pantera) are all certifiable hard rock anthems, inexorably linked to Wylde's larger-than-life persona. He's the ultimate embodiment of rowdy rock n' roll warrior. He's also father to four children, fiercely devoted to his wife, Barbaranne, and a deeply trusted loyal brother in the heavy metal community.

One of the modern generation's few true guitar giants, Wylde served as spiritual successor to the late Randy Rhoads as axeman for Ozzy Osbourne, collaborating and co-writing on Ozzy classics like "Mama I'm Coming Home" and "No More Tears." His tenure with The Ozzman includes co-writing and recording several studio albums, three live albums, a Grammy for "I Don't Want to Change the World" and countless world tours and television appearances. Wylde co-wrote Ozzy's biggest selling album, No More Tears, as well as the bulk of the double platinum Ozzmosis.