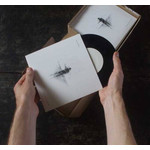 Herriot Row
Learning Not To Talk (7")

A wonderful new single called 'Learning Not To Talk' has been unveiled by Herriot Row, otherwise known as Auckland singer-songwriter Simon Comber. The track, which features guitars and vocals from Comber accompanied by Robert Shelton on keys and Andrew Maguire on drums, walks the line beautifully between crisp recording techniques and distorted folk sensibilities - the trademark "sloppy hi-fi" of producer John Vanderslice - who recorded the cut at his Tiny Telephone studios in San Francisco .

'Learning Not To Talk' is lifted from Herriot Row's forthcoming full-length record, but will also be available later this month on 7-inch vinyl backed with 'The Jaws of Life' via Arcade Recordings.

Side A:
Learning Not To Talk

Side B:
The Jaws Of Life