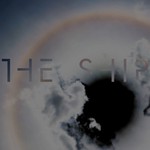 "Humankind seems to teeter between hubris and paranoia: the hubris of our ever-growing power contrasts with the paranoia that we're permanently and increasingly under threat. At the zenith we realise we have to come down again... we know that we have more than we deserve or can defend, so we become nervous. Somebody, something is going to take it all from us: that is the dread of the wealthy. Paranoia leads to defensiveness, and we all end up in the trenches facing each other across the mud.

On a musical level, I wanted to make a record of songs that didn't rely on the normal underpinnings of rhythmic structure and chord progressions but which allowed voices to exist in their own space and time, like events in a landscape. I wanted to place sonic events in a free, open space.

One of the starting points was my fascination with the First World War, that extraordinary trans-cultural madness that arose out of a clash of hubris between empires. It followed immediately after the sinking of the Titanic, which to me is its analogue. The Titanic was the Unsinkable Ship, the apex of human technical power, set to be Man's greatest triumph over nature. The First World War was the war of materiel, 'over by Christmas', set to be the triumph of Will and Steel over humanity. The catastrophic failure of each set the stage for a century of dramatic experiments with the relationships between humans and the worlds they make for themselves.

I was thinking of those vast dun Belgian fields where the First World War was agonisingly ground out; and the vast deep ocean where the Titanic sank; and how little difference all that human hope and disappointment made to it. They persist and we pass in a cloud of chatter.

Written in the late sixties, Lou Reed's song 'I'm Set Free' seems even more relevant now than it did then. Perhaps anybody who's read Yuval Noah Harari's 'Sapiens' will recognise the quiet irony of "I'm set free to find a new illusion"... and its implication that when we step out of our story we don't step into 'the truth' - whatever that might be - but into another story.

This album is a succession of interleaved stories. Some of them I know, some of them I'm discovering now in the making of them.