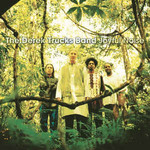 Joyful Noise is the third studio album by The Derek Trucks Band, released on September 2, 2002. It features an eclectic mix of music, ranging from gospel, jazz fusion, Latin music, to East Indian music.

For his first solo project after replacing Dickie Betts in the Allman Brothers Band, 23-year-old Derek Trucks pushes the stylistic envelope even further than on his last diverse release. Prodding into Latin, Indian, and fusion jazz, this stylistically varied effort exudes enough blues and funky R&B to keep the Allman Brothers Band fan's attention while expanding their boundaries -- sometimes radically -- beyond what the typical Southern rock fan might expect or even tolerate. It's a brave and largely successful experiment, due in part to the vocals of his guest stars, since Trucks himself does not sing.

Opening with the title track, a funky Meters-style bubbler that employs a gospel chorus to frame Trucks' searing slide work, it sounds like the guitarist is working within borders he established on his two previous albums. The laconic instrumental "So Close, So Far Away" sounds like a mid-"Whipping Post" jam, but the disc shifts into high gear with Otis Blackwell's "Home in Your Heart," one of two contributions from the amazing soulman Solomon Burke. He kicks up a Wilson Pickett-style storm on this funky rocker, which both he and Otis Redding recorded 30 years earlier. But gears then switch drastically as Rahat Fateh Ali Khan guests on a traditional Indian tune that gives Trucks' slide a chance to snake through the song, adding a slight blues edge to the tabla and eerie moaning vocals.

Rubén Blades guests on a Santana-ish workout on "Kam-ma-Lay," but after a scorching Susan Tedeschi appearance on a down-and-dirty version of James Brown's "Baby, You're Right," Trucks veers way off course into the John McLaughlin territory of "Lookout 31," one of the few tracks where Trucks doesn't play slide. It's an intense Mahavishnu Orchestra fusion piece that even swerves into dissonant, avant-garde waters.

The instrumental ballad "Frisell" ends this wildly, sometimes disconcertingly eclectic album on a rueful, jazzy note. Trucks' playing is edgy, electric, and distinctive throughout, with his slide work not surprisingly reminiscent of Duane Allman at times. Joyful Noise is a powerful, uncompromising statement, if you can stay with it. Derek Trucks shows he is a remarkably talented young guitarist who refuses to be stylistically pigeonholed by the history of the legendary band he joined.
4 / 5 All Music Guide.