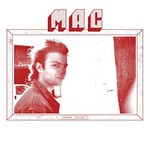 Anomalous Canadian songwriter Mac DeMarco showed up in 2012 with Rock and Roll Night Club, a strange little collection of songs that wavered between dark cinematic dreaminess and stoned goofball rock, jumping from yacht rock to tunes that sounded like they could have soundtracked a David Lynch film. Two more filled-out albums followed quickly, 2 and the more produced pop of Salad Days. As DeMarco's discography grew, his tunes felt increasingly breezy. Though never listless, Salad Days in particular took on a pleasantly lazy quality, with a looseness to the tunes that made them feel beamed in directly from Mac's absent-minded daydreams. This easygoing vibe makes the concept of Mac laying down rough demos of the songs seem impossible, but Demos, Vol. 1 reveals aspects of his creative process, collecting lo-fi home-recorded first passes and half-cooked instrumental sketches of the songs that ended up on 2 and Salad Days, along with other various odds and ends. In some cases the demos aren't terrifically far removed from the versions that ended up on the albums. Standout tracks like "Cooking Up Something Good," "Blue Boy," and "Go Easy" are close to their studio counterparts, maybe with a sheen of four-track tape hiss and a slightly more subdued uncertainty to them. Various instrumental fragments are included as well.