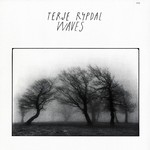 Terje Rypdal's Waves (recorded 1977) announced the beginning of the Norwegian guitarist's association with Danish trumpeter Palle Mikkelborg, which continues to this day. The album also introduced one of Terje's most enduringly popular pieces, "Per Ulv." "Rypdal's album is a series of sonic excursions ranging from the expressionist to the impressionist…" wrote Record World. "Rypdal's guitar and Mikkelborg's trumpet are well-matched, with Manfred Eicher's typically superb production putting it all in focus."

Initially published in January 1978, vinyl is reissued in October 2016 as audiophile pressing taken from the original analog tapes.