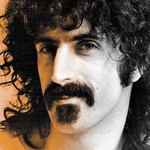 Long sought after by fans, Little Dots is the sequel to Imaginary Diseases. It consists of additional music compiled from master tapes hand-picked and worked on by Zappa himself of the "Petit Wazoo," a short-lived 10-piece ensemble with an emphasis on brass and woodwind instrumentation that toured North America in late October-December 1972. All masters were transferred at The Utility Muffin Research Kitchen in 2004. Most of these performances were scattered amongst various reels, some incomplete, all found in The Vault. Zappa would work with material from this line-up on and off, but nothing was ever officially released during his lifetime. Recorded live with the horn-driven ensemble, this collection includes the first legitimate release of the entire three-part "Rollo" suite for the first time as well as the title track composition. "Cosmik Debris" is the first version which predates the issued master on APOSTROPHE(') in 1974. The album ends with a mammoth 25-minute long improvisation recorded in Columbia, S.C.