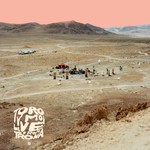 Following extensive touring behind What For?, his fourth studio album as Toro Y Moi, acclaimed musician Chaz Bundick brought the band to the middle of the Mojave Desert in April 2016 to play a special concert. Live from Trona documents this experience, recorded live beneath the geological wonders known as the Trona Pinnacles, which formed thousands of years ago in what used to be a prehistoric lake. The album features unique live arrangements of songs from across the band's catalog, new music, and an expanded band line-up. On the congas, Bay Area multi-instrumentalist Brijean Murphy adds a layer of rhythm, switching between propulsion and deep atmosphere. And for a brand new song, "JBS," the group is joined by tourmates The Mattson 2. This collaboration between Bundick and the Mattson twins takes on a classic groove with a jazz fusion approach.