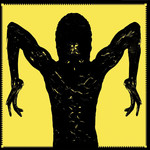 A masterful collaboration album between Afro-futurist producer, DJ Khalab and Malian musician, Baba Sissoko that explores a fusion of electronic production with traditional African sounds. Over ten tracks, a blend of familiar and new sounds come together with Baba's traditional Griot vocals and DJ Khalab's electronic textures and African beats.

The album has seen support from the likes of Tom Ravenscroft and Gilles Peterson (BBC Radio 6) as well as NPR Music who featured their track "Kumu" on their September 2015 Best Dance Tracks list.