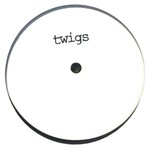 FKA twigs' game-changing debut EP1 saw a limited vinyl release (only a few hundred copies) in 2012, and is now a collector's item.

'EP1' was the start of FKA twigs' incredible journey as a musician and performer. Since its release the London-based singer, songwriter, producer, director and dancer has produced a series of highly-acclaimed works, including the follow up 'EP2', her Mercury Prize-nominated debut album 'LP1', the five song 'M3LL155X' EP and accompanying film and the recently-premiered 'Soundtrack 7' and 'Baltimore Dance Project' films.

EP1 fuses her heart-meltingly sweet vocals with the digital, round sound of the drum pad, a combination that has come to shape her signature style. Less edgy than her subsequent releases, the downtempo of 'Hide' and 'Breath' account for a flowing lightness - not even the deep frequencies of the beat manage to detain the evanescent reverberations of her voice.