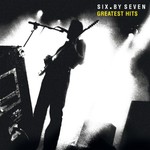 Back in 2000 it didn't seem like the country was ready for Six By Seven's brand of politically aware, angry and astute rock'n'roll. Whilst Olley was singing about junk food culture, unexploded mines, fake success and "this country's dirty and depressing", others were embracing Blair's Britain. People had it "good" and Coldplay were about to become the biggest band in the world. It seemed like no one understood where Six By Seven were coming from. As Olley explains: "To us it felt like everything was being diluted, merged and homogenised." He talks about the sense of isolation they felt from the rest of the music industry: "We actually felt quite helpless and not part of anything, it was almost like we were in our own broken dream, stranded on an island because we had pulled up the drawbridge."

Having formed in 1994, Six By Seven have gone through various incarnations, with the only constant being singer and composer Chris Olley. They recorded three albums for Mantra Records via Beggars Banquet - The Things We Make (1998), The Closer You Get (2000), The Way I Feel Today (2002) ¬- toured extensively, had two hit singles - "Candlelight" (1998) and "I O U Love" (2002), recorded five Peel Sessions and appeared on Later With Jools Holland (December '98).