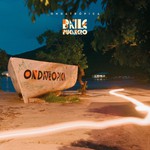 Since the huge success of the debut Ondatrópica album in 2012, a second record has long been slated - with ideas for compositions bubbling through the years, riffs imagined on the back seats of tour buses and the input of visiting musicians all adding richness and texture to the sound.

The premise of this second album was to record in Bogotá and Old Providence Island (Isla de Providencia). Two contrasting locations, but united by their reputation as musically creative hubs - Bogotá, with its subversive underground expressing an active, punky, DIY mentality and Providence reinterpreting and updating a Colombian national identity through a proud renaissance of regional folklore coupled with a fervor for dancehall and reggae sounds.

Between the two locations a total of 35 musicians were recorded, and in true tradition of the Onda style, all came from very different backgrounds, musical styles and age groups. A group of musicians transformed into buccaneers, raising a toast to their treasure: melodies and grooves.