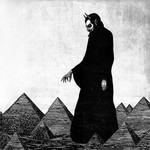 Written and produced by frontman Greg Dulli, In Spades is the follow-up to 2014's Do to the Beast.

On the one hand, In Spades is as quintessentially Afghan Whigs as anything the group has ever done - fulfilling its original mandate to explore the missing link between howling Midwestern punk like Die Kreuzen and Hüsker Dü, The Temptations' psychedelic soul symphonies, and the expansive hard-rock tapestries of Led Zeppelin and Lynyrd Skynyrd. At the same time, this new record continues to push beyond anything in the Whigs' previous repertoire - another trademark, along with the explosive group dynamic captured on the recording.