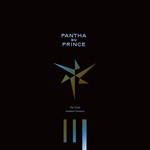 Weber describes the concept behind 'The Triad - Ambient Versions':

"The Triad Ambient Versions bring the listener into a free space, as music consists of strictly folded sonic spaces that can be structured for the dance, for body-movement: the heart beat synchronizes the movement. The ambient versions have no beats and the listener gets a more transparent musical picture, an image full of light-atmosphere non-defined and free, for the human spirit to unfold its own way of receiving space folded into time. The straight columns of rhythm were taken away for a light wind of silence and non-structured fluid movements."

LP is limited to one pressing only, and will be accompanied by a digital download that includes extra vocal versions of some of the album tracks.