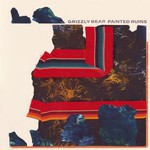 We don’t have this item in our warehouse or stores at the moment, but the supplier has stock. We should be able to get it to you in 1 - 2 weeks from when you order it.

'Painted Ruins' follows 2012's 'Shields', which was a critical and commercial breakthrough. Debuting at #7 on the Billboard 200 and named the #1 Album of the Year by Apple iTunes, 'Shields' earned the band Pitchfork Best New Music and four star Rolling Stone reviews; performances on Colbert, Fallon, Letterman, Austin City Limits and Ellen; and sold out shows at Radio City Music Hall in New York City and the Greek Theatre in Los Angeles.

Side B
Three Rings
Losing All Sense