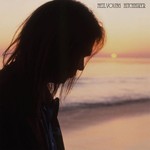 Between 1975 and 1977, Neil Young and producer David Briggs periodically conducted recording sessions at Indigo Ranch on nights of the full moon. These sessions took place during a particularly productive period for Young and yielded such songs as "Will to Love" and "Stringman." Briggs said of the time, "He'd turn to me and go, 'Guess I'll turn on the tap'-and then out came 'Powderfinger,' 'Pocahontas,' 'Out of the Blue,' 'Ride My Llama.' Two days, a day. I'm not talkin' about sittin' down with a pen and paper, I'm talkin' about pickin' up a guitar, sittin' there and lookin' me in the face and in twenty minutes - Pocahontas.'"

The songs on the album were recorded in a single night. In his memoir Special Deluxe, Young described the session, "It was a complete piece, although I was pretty stony on it, and you can hear it in my performances... I laid down all the songs in a row, pausing only for weed, beer, or coke. Briggs was in the control room, mixing live on his favorite console." Many of the songs would appear on future Young albums American Stars 'n Bars, Decade, Comes a Time, Rust Never Sleeps, Hawks & Doves, and Le Noise, albeit in different forms. Hitchhiker also contains a pair of never-before-released songs: "Hawaii" and "Give Me Strength," which Young has occasionally performed live.