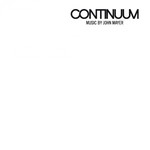 Continuum is the 3rd studio album by John Mayer, released September 9, 2006 on Columbia Records. Recording sessions for the album took place during November 2005 to September 2006 at The Village Recorder in Los Angeles, California, Avatar Studios and Right Track/Sound on Sound in New York City, and Royal Studios in Memphis, Tennessee. Production was handled primarily by Mayer and Steve Jordan.

This album marked a change in Mayer's musical style and incorporated musical elements of blues and soul more heavily than in his previous work with pop-rock.

The album debuted at number 2 on the U.S. Billboard 200 chart. It also reached the top-ten in several other countries and sold over 3 million copies worldwide. The album contains the worldwide hits "Waiting On The World To Change" and "Gravity". On this 180 gram vinyl release, Music On Vinyl presents the album with bonustrack "Say", which is now available on vinyl for the first time.

Side A
1. Waiting On The World To Change
2. I Don't Trust Myself (With Loving You)
3. Belief

Side C
1. Stop This Train
2. Slow Dancing In A Burning Room
3. Bold As Love