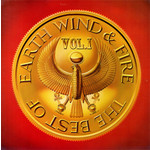 Earth, Wind & Fire Greatest Hits Vol. 1 is a 1978 compilation album collecting the charting singles of Earth, Wind & Fire. In addition to collecting previously charting songs, the album also included three new tracks for the band: a cover of The Beatles' song "Got to Get You Into My Life" and the original track "September", both of which also became charting singles, the former also winning a Grammy Award, and "Love Music."

SIDE A:
Got To Get You Into My Life
Fantasy
Can't Hide My Love
Love Music
Getaway

SIDE B:
That's The Way Of The World
September
Shining Star
Reasons
Singasong