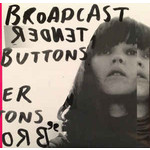 Broadcast's recent records have often seemed too cluttered with effects and affectation - perhaps unsurprising, given their love of library music and other esoterica. On Tender Buttons, though, the band, now slimmed to a duo of singer Trish Keenan and James Cargill, have managed to find a halfway house between this always engaging but fussed-at sound and the resonant, muscular psychedelia of their spectacular live shows.

Crafting lyrics through automatic writing, as Keenan has done here, can often reveal pretension and lack of focus, but it gives these songs a subtle power as images interlock with a dream-like logic. "Do that to my anatomy," she sighs with sensuous detachment, the gentle electronic buzz and twangy guitar of Corporeal hiccuping beneath her, as if revealing the strangeness and simplicity of sexual contact. - The Guardian