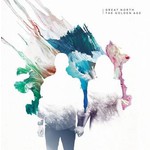 The Golden Age was produced by Jonathan Pearce (The Beths, Sal Valentine) and the band's frontman Hayden Donnell and features a veritable who's who of New Zealand folk and alt-country.

The first single from the album The Late Bus Home has elements of the folk sound familiar to fans of the two-time New Zealand Music Award-winning group, while hinting at the more alt-country Americana rock influences to be revealed on The Golden Age.

In the true spirit of Americana, the album is a deeply personal one, written and co-produced by singer and multi-instrumentalist Hayden Donnell, who outlines his thoughts on the album and The Late Bus Home with typical candour.

"A lot of the songs were about the tyranny of nostalgia - that low-level panic our best days are irrecoverably gone and life is passing us by in a series of probably wrong decisions which we can never get back."

"My friend Sam died when I was about halfway through writing the album. Those themes suddenly became a lot more immediate and visceral. The Late Bus Home isn't just me saying "take me back to when we were young and had dreams" or something. It's more about this desire to go back so you can say something different or work out why this happened, and the ultimate futility of that feeling."

"I think in focusing so much on regrets, I was trying to redeem them in a way. I didn't want to write about wanting to reclaim big successes so much as the small moments. It's saying the glory isn't some imagined destination - it's in travelling together, even if the road goes nowhere. Mainly it's a song for a friend who we miss."

Two of the band's previous albums, Up In Smoke and Halves, won Best Folk Album at the New Zealand Music Awards.

There Is No Other
more suggestions…